One evening while delivering pandemic packages during a freezing storm last winter, an Amazon driver named Amanda turned her van around in a parking lot and saw a shadow in a snowbank. As she got closer, she realized the shadow was a very thin silver cat.

She could tell he was almost comatose, but he raised his head a bit and peered at her with sad green eyes. She carefully pulled him out, found a safe place in her van and called us. He was a champ riding around with her among the Amazon boxes until she was finished and could bring him in.

He had once been a normal sized cat, but he now weighed only 6 pounds, the size of a large kitten. We warmed him and gave him fluids.

When we offered water, he couldn’t stop drinking. He was starving too, but we carefully gave him good food, a little at a time.

Our partner vets told us Smokey was a senior of 10-14 years, with severe dental disease, renal disease and hyperthyroidism. We couldn’t even consider a dental, though, unless we could nurse him back to being strong enough to withstand the anesthesia.

We found him a loving foster family and cautioned that this was probably a hospice, or fospice, situation because even with wonderful care, he might not survive very long. He was put on a prescription diet of canned renal food to help his kidneys and started on hyperthyroid medication.

To everyone’s delight, Smokey started putting on weight and gaining energy. He recovered so well we were able to get rid of those painful teeth with a complete dental!

He’s also proven to be quite the adventure cat, ready to explore outside in his Happy Cats harness. He loves to stroll around, absorbing the sun and tasting all the summertime smells.

His foster family calls him the Mellow Fellow, which he definitely is with people. However, we think he’s losing his hearing, which can make him easily surprised and also more defensive if he feels threatened.

He must have had some bad experiences with dogs while he was trying to survive outside, because once he got healthy, he decided he wasn’t going to share his wonderful new foster family with their family dog. In fact, he’s become so serious about defending his new territory, we now know he needs to be the one and only winner in this marathon!

Even though he’s used up several of his lives, this old gent still has a lot of love left to give.  Once he knows you’re there, he’s happy to greet you with head bonks and purrs.

He has claimed the kitchen as his favorite room, probably because that’s where all his favorite people congregate. If it can be arranged, he does best with frequent small meals of his special food.

He’s very happy to snuggle when the opportunity comes up and is a great lap cat. He’ll do best in a more predictable home with no young children and please…no other cats or dogs!

So if you’re looking for an aging athlete who’s had his fill of extreme sports and is ready to settle down with his very own people in a sunbeam filled bed, Smokey is your man!

His adoption is being supported by our Love Knows No Age grant from the Petco Love Foundation, with complimentary medication and special diet for 6 months. In addition, the grant helps us waive his adoption fee to any senior citizen who adopts him.

He also comes with his neuter, vaccinations, microchip, litter and a free well-kitty checkup with one of our partner veterinarians to help get you started. Not to mention his handsome blue walking jacket!

You can tap here to fill out an Adoption Application. Someone should get back to you within 48 hours after you send it in. Please call 719-362-4600 to make an appointment to meet him! 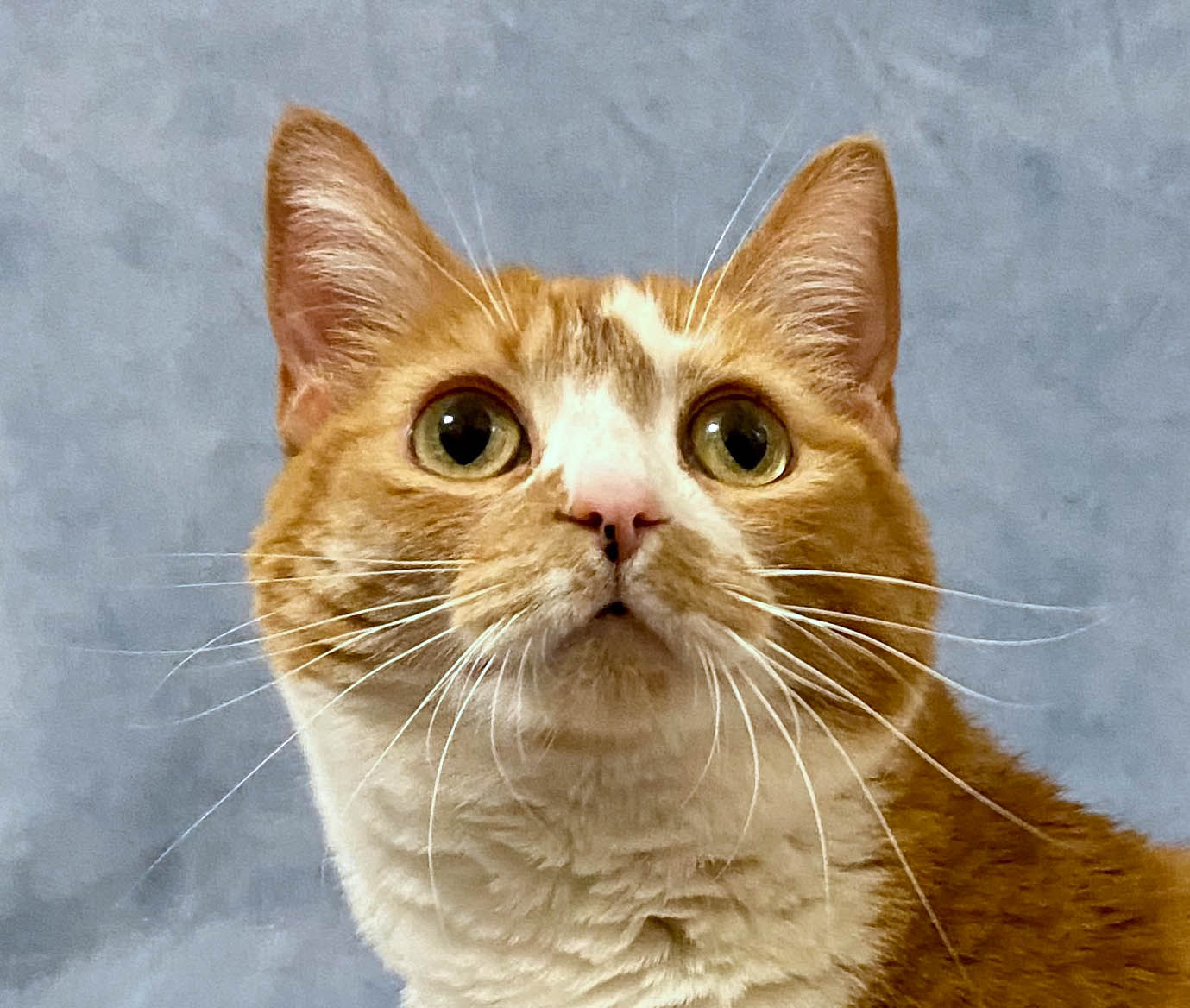 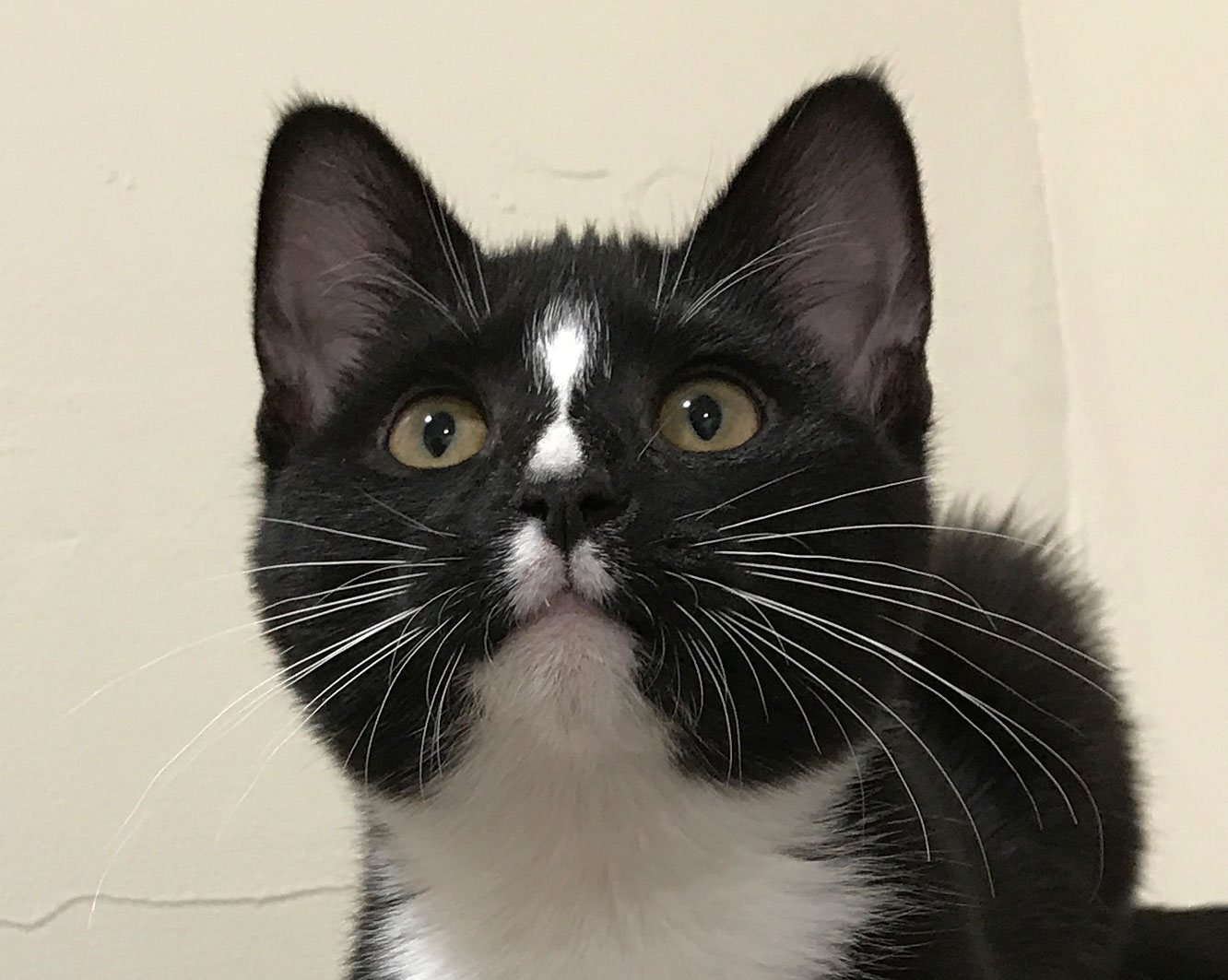 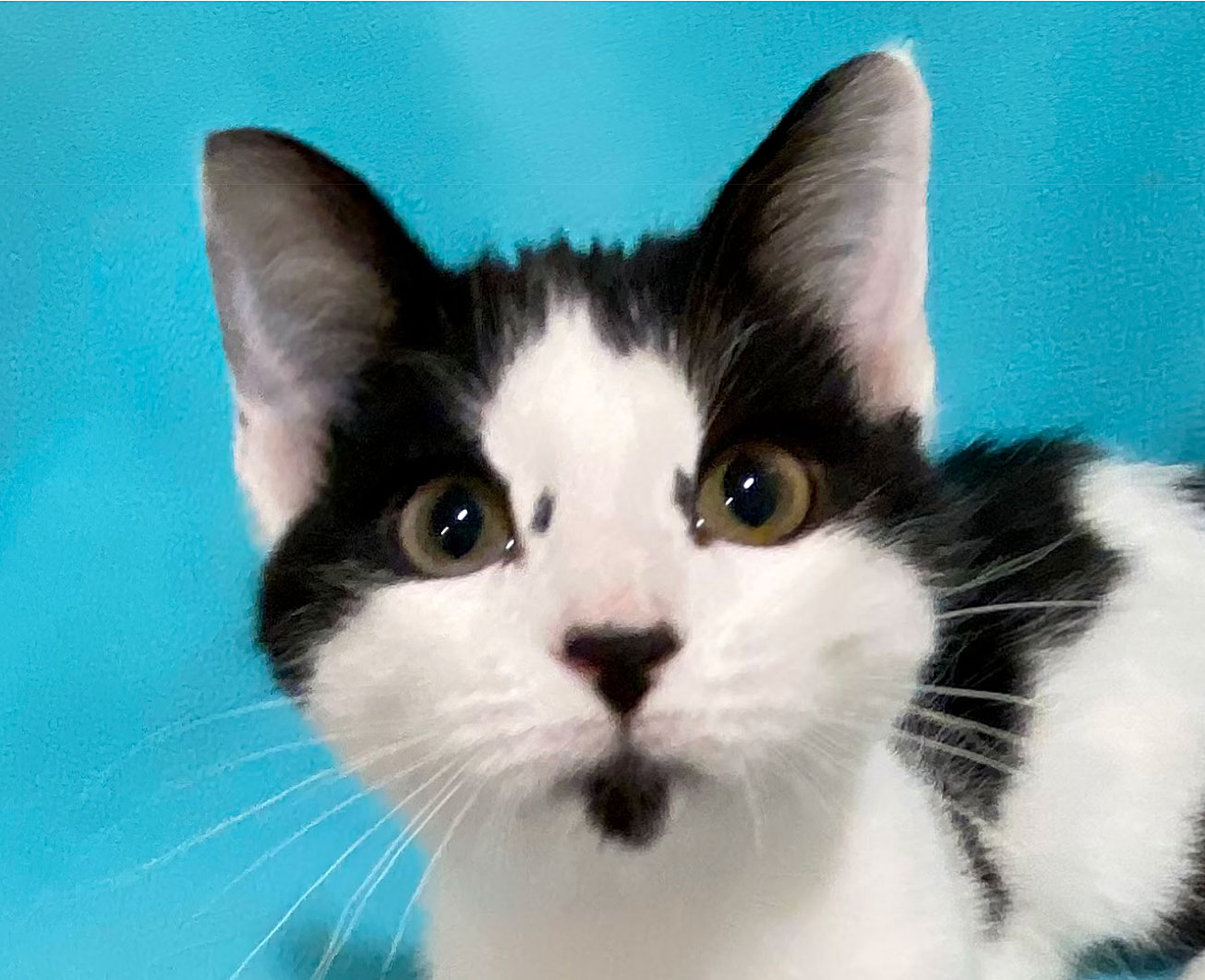 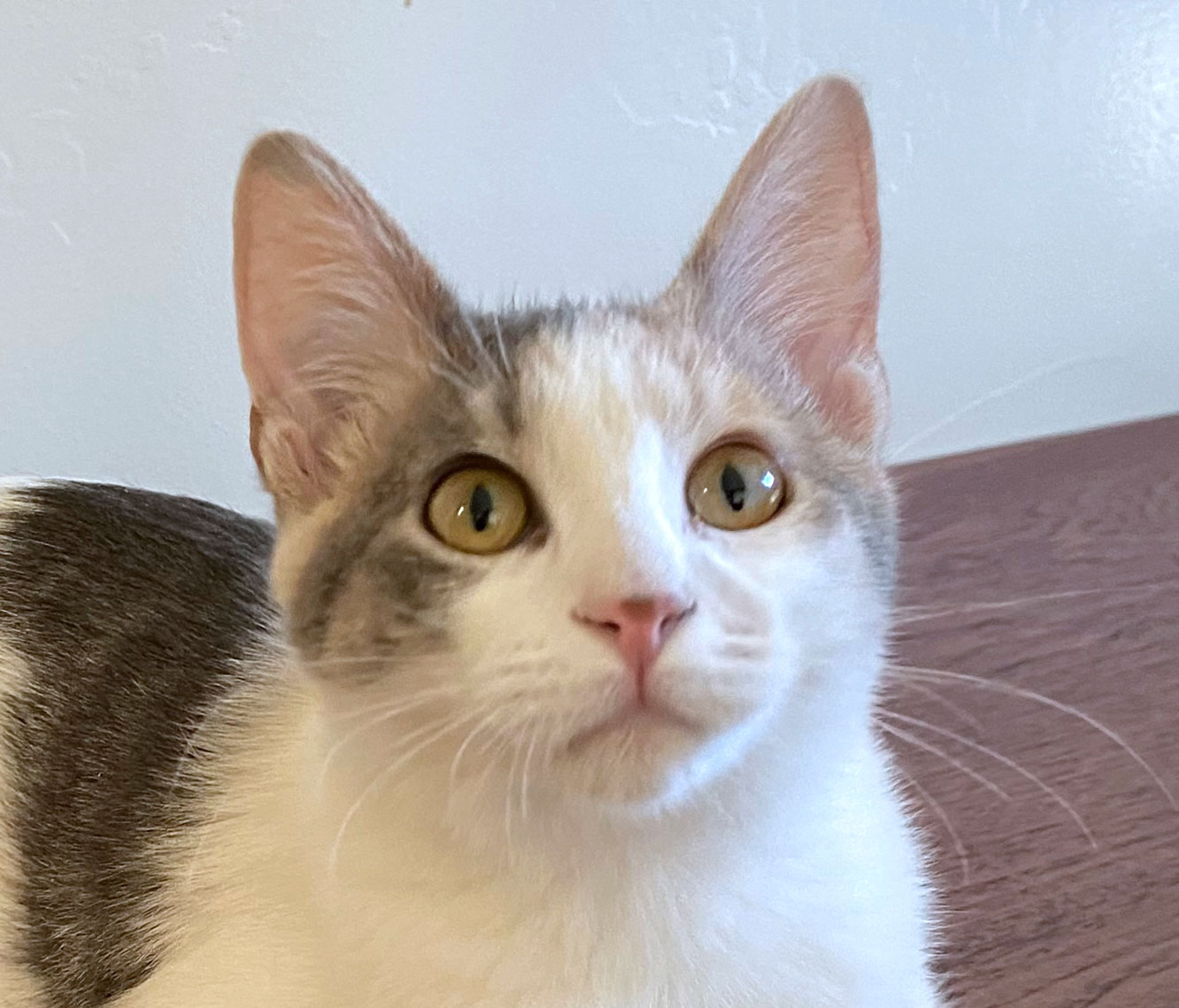 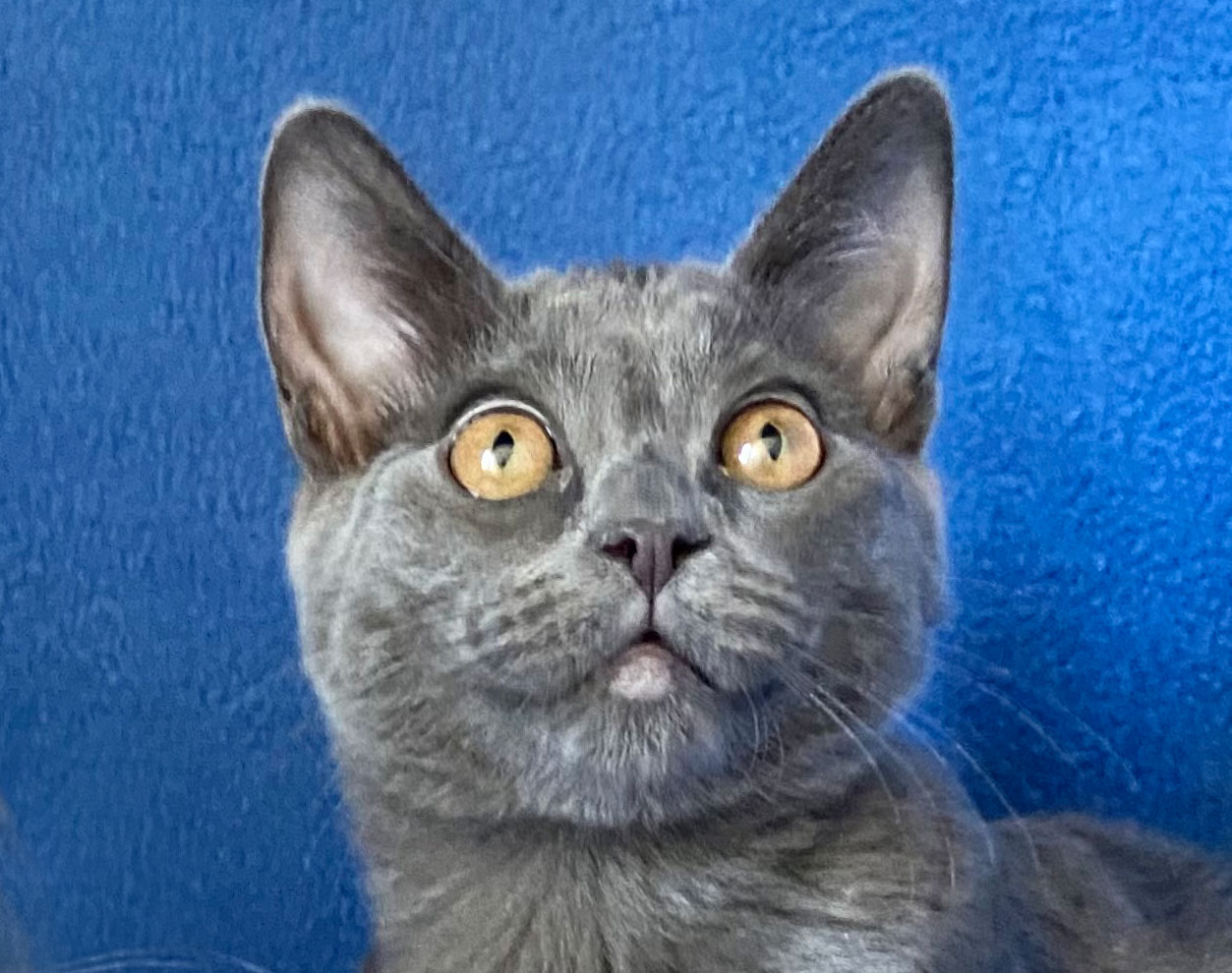 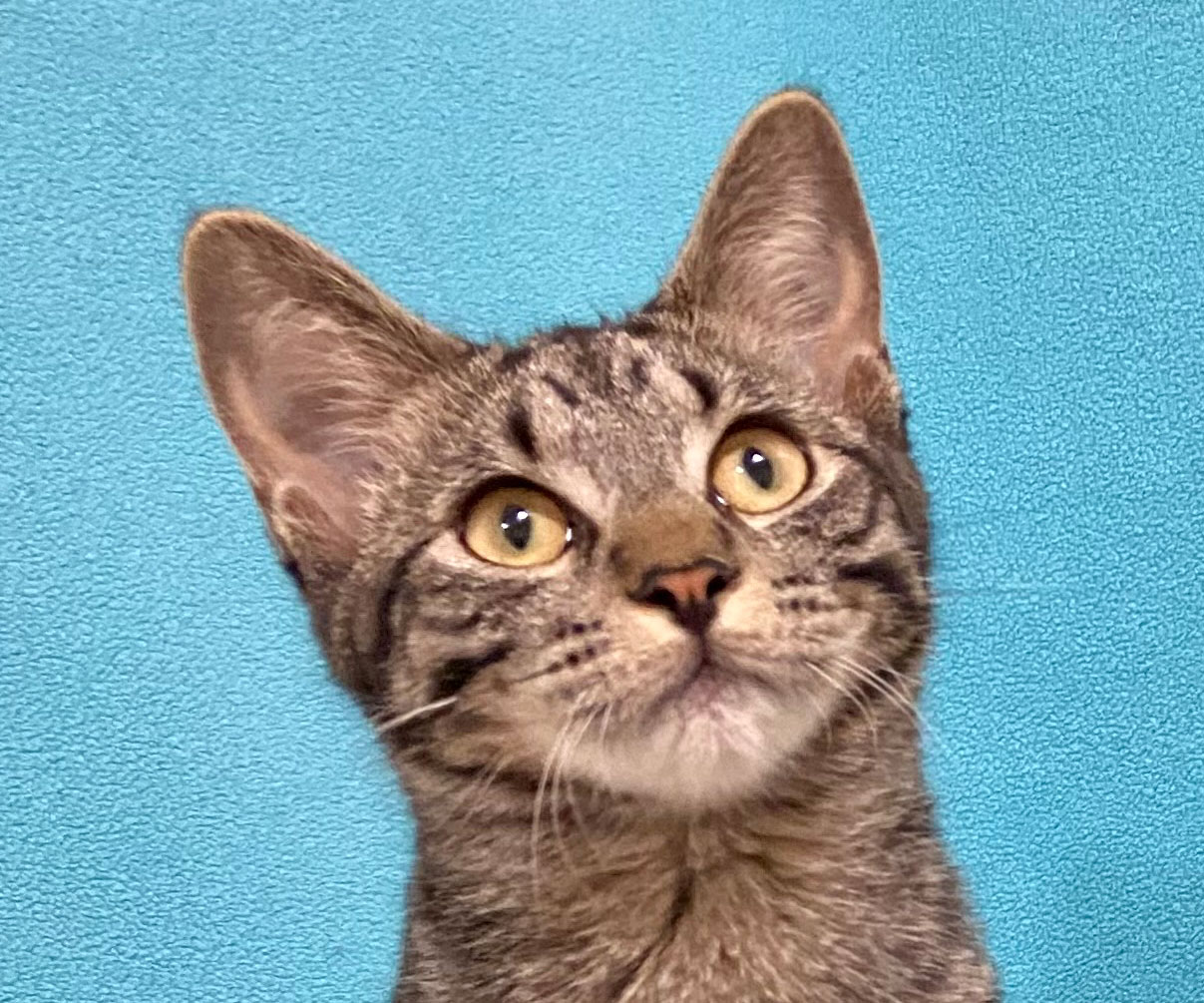 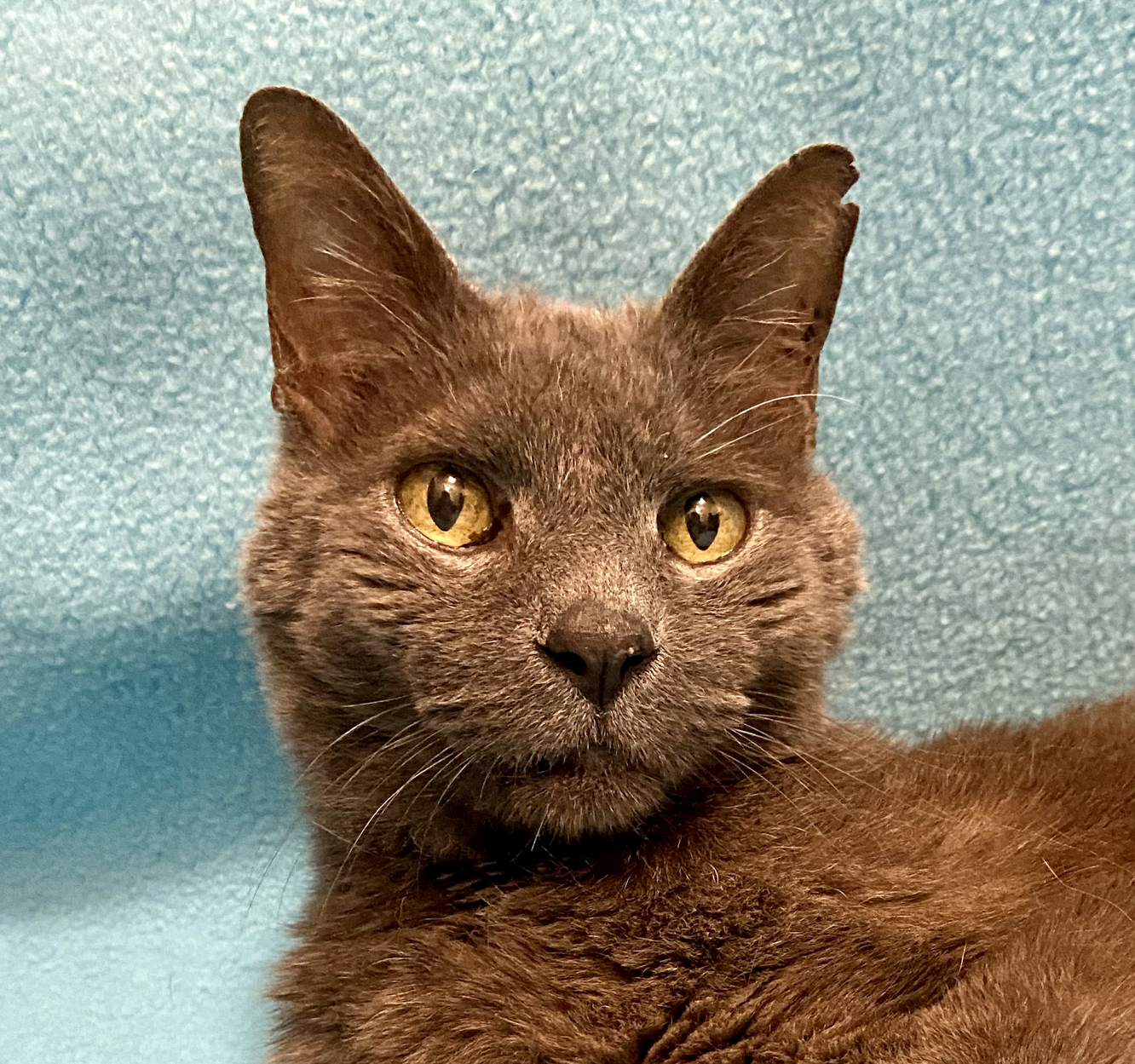 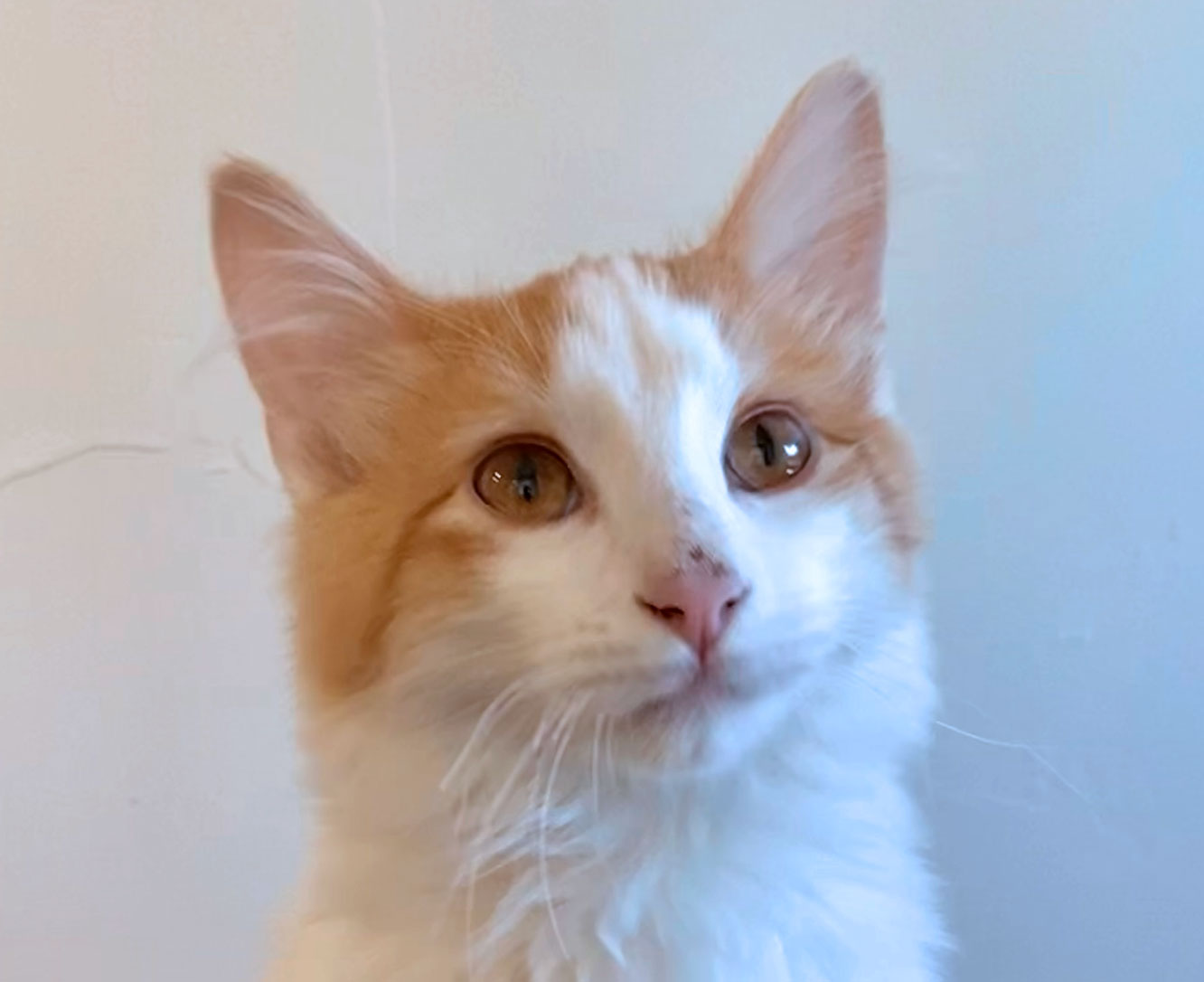 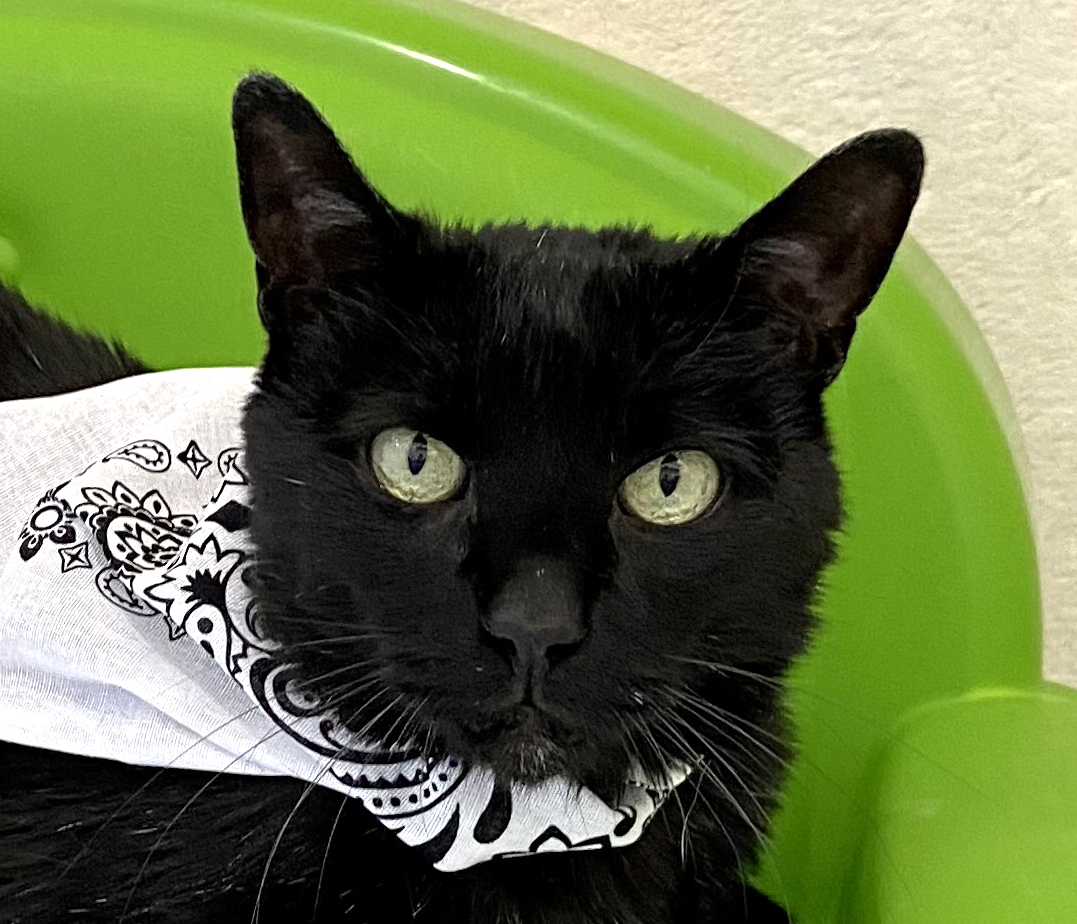 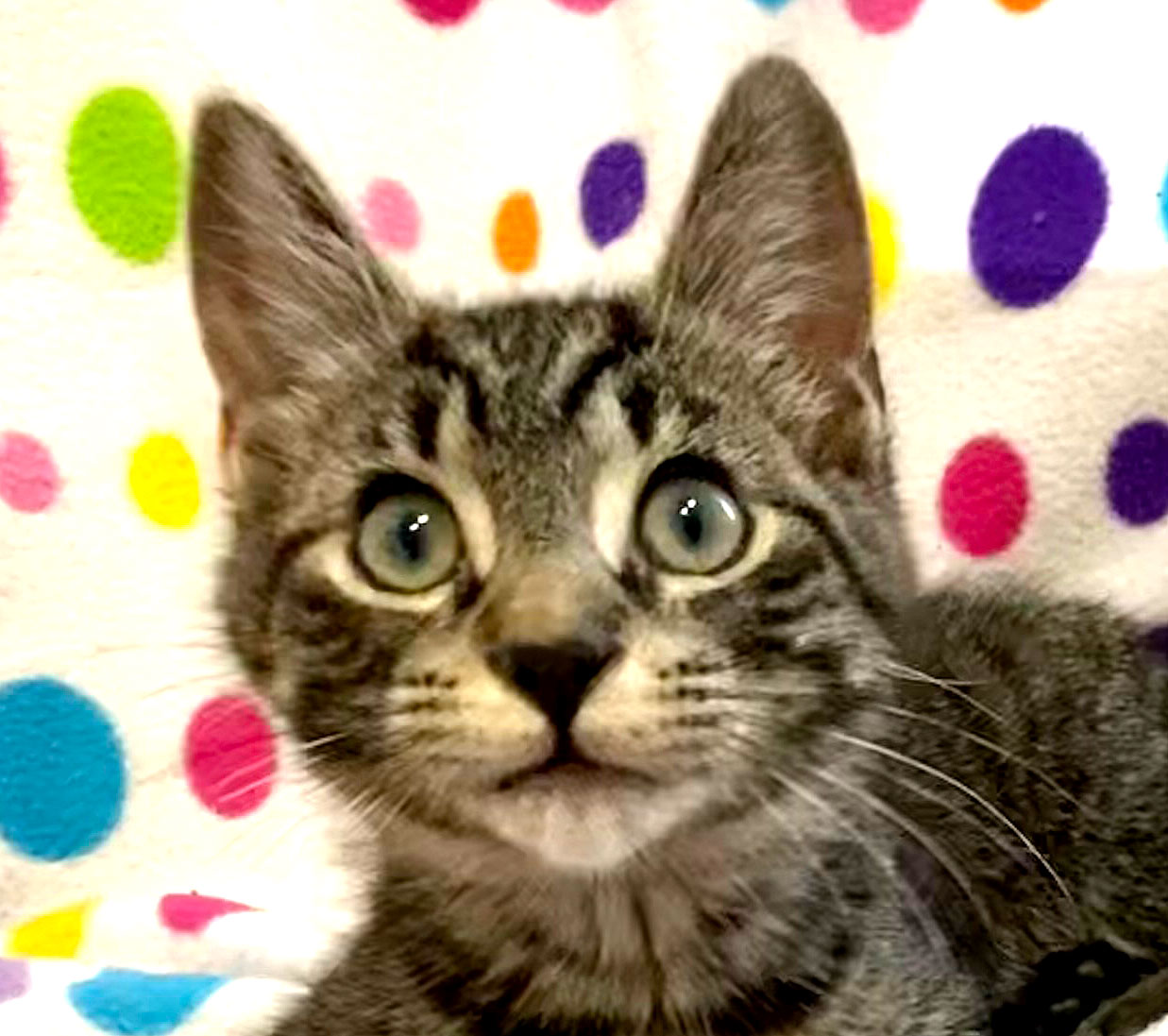 Fill out our Adoption Application

Drop by Happy Cats at 327 Manitou Avenue, Manitou Springs 80829 to fill out the Adoption Form in person.

Any donation, large or small, goes directly to the kitties!